Hello Mr. Menet, first thank you very much for the interview. At first: can you please introduce yourself a bit?

Hello, My name is Marcin Menet. I am 26 years old and I am the CEO & Founder of GATE Electronics. Currently I live and run the company in Cracow, Poland.

My first contact with true airsoft was when I was 14 and during bike trip I saw airsofters playing. I knew that I must join them! Soon after that I started my long adventure with airsoft. At that time there was no week without skirmish.

How did you get the idea to implement your production on Mosfets?

Since I was young electronics has been my hobby. Then, airsoft and electronics started to be my passions parallelly. Actually, my first ASG project was not mosfet. It was an ‘airsoft bomb’: https://youtu.be/rvHmmbtt3OU

When my friends saw the bomb, they asked me if I can make mosfets for them. And this is how it began. I was 16 years old and all my free time I was spending on manufacturing, designing and planning. I realized that building GATE company was exactly what I want to do in my life. Two years later, straight after my 18th birthday, I was ready to register my company and make it official.

How many workers your company has as you began?

At the time when I came up with an idea for GATE company I had no more than $25USD in the pocket. For the first two years I was working only by myself. Then, my cousin (current CTO) joined me, and after some time also my sister (current COO). Now (March 2018) GATE employs over 30 people.

Since when do you actively produce the global market?

The big breakthrough was in 2013 when we developed Nano and Pico series.

Which product was the most outstanding of your line? 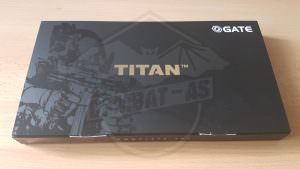 Definitely TITAN. We received hundreds of positive opinions from both airsofters and resellers. However, TITAN was also our most complicated project, especially because of inventions and advanced software it required.

Now comes a new challenge that you have mastered. A TITAN Mosfet for the V3 Gearbox. Was it hard to implement this?

TITAN V3 was a challenge for us mainly because we had to develop a new way of trigger detection. We were not able to apply the method used in TITAN V2. However, even though developing a proximity sensor was hard, it was worth it. There is no other system in which user can set trigger sensitivity with such high accuracy. We love making this kind of inventions.

Do you play airsoft?

Yes, but not so often as before. GATE has its own airsoft team, which includes employees, mostly from our R&D department. We are testing prototypes and new features, at the same time having much fun.

Do you have a favourite weapon?

Yes, it is HK416. I pattern myself on Polish special forces GROM and this is also their main weapon. Before, I liked MP5SD6.

Since the beginning of 2017 we are now official partner of GATE EUROPE. Will our readers expect surprises from your production site next year?

I can officially share that we are developing TITAN for TM NGRS V2 AEGs, but there will be some surprises as well : )

Thank you for your time and the interview. We think it is a nice thing to have a look behind the scenes and let our readers know “Who GATE Europe” is

View all posts by Philip →